Salem, Ore. – A new impact study of the Oregon Cultural Trust calls its geographic reach “remarkable” and reinforces its unique role as a stable and accessible funding source for arts, heritage and humanities statewide. Produced by ECONorthwest, the report concludes that the Cultural Trust has a wide-reaching influence on people’s experience of culture in Oregon, supporting cultural activities and organizations in every county with higher per capita funding, up to $15 per capita, in rural counties where grant funding can be scarce.

“The Trust effectively allocates resources to rural areas of the state by harnessing contributions from urban areas,” said Terry Moore, ECONorthwest’s senior project director. “It serves as a nexus for the entire cultural community in Oregon and can use this position to amplify the effects of its grantmaking activities.” 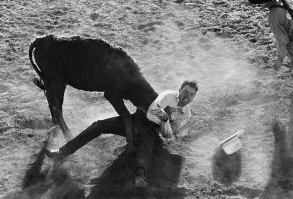 The impact study focused on Cultural Trust performance between 2006 and 2016, or 10 of the 17 years since the Trust was founded. During that time donations to the Cultural Trust increased an average of 4.3 percent annually, adjusted for inflation. The non-corporate donor base grew by 7.6 percent.

Between 2006 and 2016 the Cultural Trust distributed $17.5 million* in grant funds through its 45 Cultural County and Tribal Coalitions, directly to cultural nonprofits through Cultural Development grants and via its five Statewide Partners – the Oregon Arts Commission, Oregon Heritage, Oregon Historical Society, Oregon Humanities and the Oregon State Office of Historic Preservation. The funding provided $11.2 million to support 4,958 statewide projects and an additional $6.3 million in partner and collaborative grants.

In addition, the impact of the grants was maximized by producing goods and services, generating an additional 70 percent of the grant amounts in economic value and leveraging new funding sources for required matching grants.

Report findings also indicate that the Cultural Trust has tremendous potential to continue to grow contributions and expand its impact. As one donor said, “The Cultural Trust funds culture through a diverse statewide network that ensures its grant dollars are shared wisely. It’s a great funding model – if more donors would participate it could have a transformational impact on the cultural life of our state.”

The Oregon Cultural Trust was created by the Oregon State Legislature in 2001 to lead Oregon in cultivating, growing and valuing culture. The Legislature established an innovative funding mechanism to support that mission: the Cultural Tax Credit. Oregonians who donate to an Oregon-based cultural nonprofit qualifies for the state tax credit by donating the same amount to the Cultural Trust. The program allows Oregon taxpayers who value and support culture to redirect that portion of their taxes to Cultural Trust grant programs.

The Cultural Tax Credit now generates close to $5 million per year for the Cultural Trust. Up to 60 percent of that amount is distributed to nonprofit organizations working on cultural activities in Oregon; the remainder is invested in a permanent fund for Oregon culture.

View the full impact report and/or the executive summary.

The impact report was commissioned by the Cultural Trust’s Statewide Cultural Partners:

The more than 100 projects supported by Cultural Development Grants in FY2018 include: