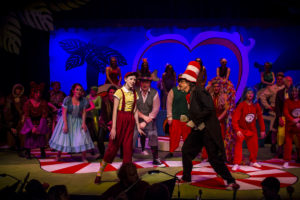 The Oregon House and Senate passed six major bills and millions in funding to support creative expression in the state this week.

Oregon’s policymakers took important steps for arts and culture by passing six major bills and approving more than $5.1 million in capital investment projects to fund restoration and expansion for performance and cultural centers across the state.

The newly passed bills, which Oregon Gov. Kate Brown is expected to sign, include the six-year extension of the Oregon Cultural Trust tax credit, which helps fund cultural activities in every county of the state, from the coast to urban centers and to the high desert. The Cultural Trust’s tax credit is a critical mechanism that has helped distribute thousands of dollars to tribal, county, and cultural organizations, and funds from the tax credit have supported more than 1,500 arts, heritage, and humanities nonprofits.

The Cultural Advocacy Coalition, the only statewide advocacy organization lobbying Salem for better support of the cultural sector, has been petitioning legislators at the Oregon State Capitol since late 2018 and drew more than 150 advocates to the building in April 2019 to speak on behalf of the proposed bills.

“The breadth and strength of Oregon’s cultural network is revealed when we rally around a common cause, such as the extension of the cultural tax credit,” said Chuck Sams, chair of the Oregon Cultural Trust Board of Directors. “We are deeply grateful to the scores of citizens and cultural leaders who submitted testimony on our behalf. Together we celebrate all the attributes that make Oregon so unique and inspiring.”

The Cultural Advocacy Coalition will continue to work with Gov. Brown and the boards of the Oregon Cultural Trust and the Oregon Arts Commission in improving access to and funding for more arts and culture opportunities in Oregon.

— Submitted by the Cultural Advocacy Coalition.

ABOUT THE CULTURAL ADVOCACY COALITION

The Cultural Advocacy Coalition is a 501(c)4 non-partisan advocacy group formed to lobby policymakers in Salem to ensure that all Oregonians have the opportunity to access arts and culture in their communities. The Coalition is the only statewide advocacy organization working to increase ongoing public investment in arts, heritage and the humanities. Volunteers serve on the Board of Directors and include representatives from a broad number of interests to best represent the diverse mix of Oregon’s cultural community. Visit OregonCulture.org to learn more.

ABOUT THE OREGON CULTURAL TRUST

Oregonians fund the Oregon Cultural Trust. The Cultural Trust, in turn, fund the artists, the poets, the preservationists and the dreamers who make Oregon, Oregon. Every year the Cultural Trust disperses funds via our 1,500+ cultural nonprofits, 45 county and tribal coalitions and five statewide partners. Visit CulturalTrust.org to learn more.