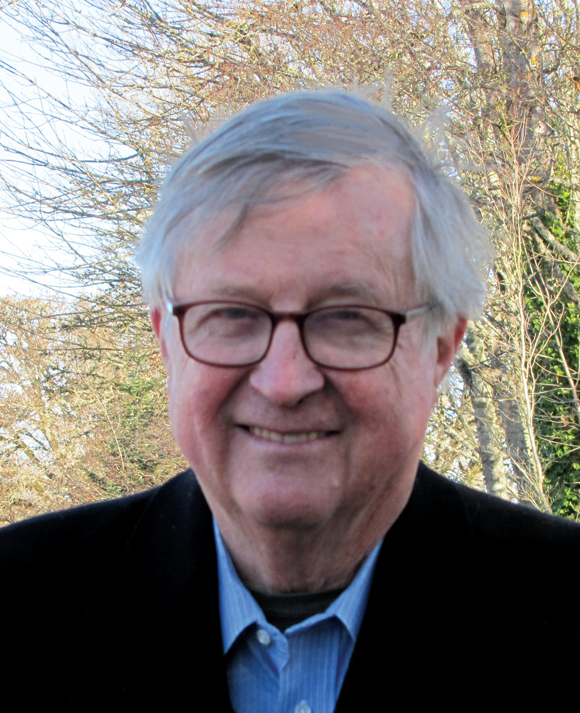 Governor John Kitzhaber has named Peter Sears of Corvallis to a two-year appointment as poet laureate of Oregon. Sears will be Oregon’s seventh poet laureate since 1921. He succeeds Paulann Petersen, who has held the post since 2010.

Sears came to Oregon in 1974 as writer-in-residence at Reed College. In the succeeding years he served as community services coordinator for the Oregon Arts Commission and director of the Oregon Literary Coalition, which he founded in 1993. He also taught in the Master’s of Fine Arts program at Pacific University.

“The selection committee was moved not only by the quality of Peter’s poetry, but also by his record of working with communities across Oregon and supporting writers at every stage of their engagement with words,” says Adam Davis, executive director of Oregon Humanities. “I think Peter’s selection–and the commitment and reach of the people who reviewed the many strong nominations–attest to Oregon’s exceptionally vital and hopeful literary landscape.”

Sears’ poems have been published in many periodicals, and he is the author of three full-length collections of poetry—Tour (1987), The Brink (1999) and Green Diver (2009)—and two supplementary textbooks. A fourth collection, Small Talk: New and Selected Poems, will be published by Lynx House Press this year. Among other awards, Sears received the Stewart A. Holbrook Award for Contribution to Oregon Literary Life from Literary Arts in 1999 and the Western States Book Award for Poetry from the Western States Arts Federation in 2000. In 2009, The Brink was named one of Oregon’s 150 best books by the Oregon State Library.

“I would like to broaden the range of the Poet Laureate’s role to include the voices of diverse communities,” says Sears. “I call this ‘Expanding Voices.’ ”

The Oregon Poet Laureate fosters the art of poetry, encourages literacy and learning, addresses central issues relating to humanities and heritage, and reflects on public life in Oregon. Sears will provide at least six and up to 20 public readings per year in settings across the state to educate community, business and state leaders about the value and importance of poetry and creative expression.

A 20-person committee of writers, poets and cultural leaders reviewed nominations for the position in March and made its recommendation to the Governor in April. The committee was assembled by the Oregon Cultural Trust and its statewide partners—Oregon Arts Commission, Oregon Historical Society, the Oregon Heritage Commission, Oregon Humanities and the State Historic Preservation Office. The process was managed by Oregon Humanities, which administers the program for the Trust.

A public ceremony thanking Petersen and welcoming Sears is planned for later this year.