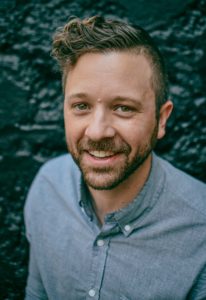 Salem, Oregon – Sean Andries, the executive director of the Chehalem Cultural Center in Newberg, and Myong-Hui Murphy, co-owner of Global Art of Dance in Beaverton, have been appointed to the Oregon Cultural Trust Board of Directors by Gov. Kate Brown. The appointments were confirmed by the Oregon Senate on March 4. Andries and Murphy fill board positions vacated by Mark Renard and John Goodwin.

“We are extremely proud that two such passionate and dedicated cultural advocates have committed their talents to the Cultural Trust,” said Niki Price, chair of the Cultural Trust Board. “We welcome their breadth of experience and expertise and know they will make substantial contributions to our work in protecting and strengthening Oregon culture.”

Andries is an arts administrator with a passion for creating access to arts and culture in communities across Oregon. Growing up in rural Jackson County, he was raised with the world renowned Oregon Shakespeare Festival in his backyard. Andries credits this early, available access to high quality artistic product with shaping the trajectory of his life and career. After graduating from the University of Oregon with a degree in theatre and arts administration, Andries was a member of the prestigious Actors Theatre of Louisville Apprentice Company in Louisville, Kentucky. There his twin passions of working on stage as an actor and in the office to support the artists’ work became fully entwined. After working across the country, Sean returned to Oregon where he has helped write, direct, perform and tour dozens of new plays and has worked onstage in educational theatre programs for companies such as Oregon Children’s Theatre, Imago Theatre and Tears of Joy. While touring across Oregon and studying at the Dell’Arte International School of Physical Theatre, Andries discovered a calling to support art in rural spaces. As an administrator, he has held positions with a number of respected performing arts companies in Portland including BodyVox Dance Company, the Circus Project and Portland Center Stage. He also serves as the vice president of the Yamhill County Cultural Coalition.

“Great art makes great communities and great communities make great art,” said Andries. “I am excited to join the Cultural Trust board of directors and help ensure all Oregonians have the same access to arts and culture I have always enjoyed.” 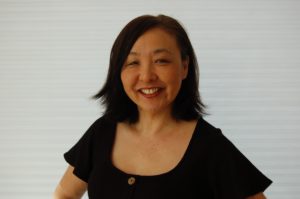 Murphy was born in Seoul, South Korea. Her parents met after the Korean War, married and immigrated to Washington, where Murphy grew up as an only child in a suburb just outside of Seattle. The culture of Korea mixed with the modernism of the US in her home. A US citizen since 1971, Murphy attended Washington State University and received a bachelor’s, with honors, in business administration. After graduation she worked at Lakeshore Learning Materials in Seattle, where she met and married Michael Murphy in 1992. They moved to the Los Angeles area in 1993, where she worked at Lakeshore corporate office. After their son was born in 1994, they moved to Beaverton to be closer to family. Murphy stayed home with their son and daughter but did a lot of volunteer work over the next 23 years. Once her daughter started college she joined the team at SMART Reading. Murphy’s passion is in cultivating the arts. She is a co-owner of Global Art of Dance, a Beaverton dance studio creating a safe and affordable space where performing artists from around the world can share and educate our community on their culture and art.

“Not having natural artistic ability personally, I enjoy seeing and encouraging it in others,” said Murphy. “Growing up in an era where assimilation was expected, I now see cultural heritage being embraced by our first, second and third generation of immigrants. It encourages me to see the important role and universal acceptance of cultural events in my community.”

In other governance news, the board voted at its Feb. 25 meeting that Niki Price of Lincoln City would succeed Chuck Sams as chair and George Kramer of Ashland would become vice chair effective immediately. Board member Bereniece Jones-Centeno was confirmed by the Senate to serve a second four-year term.

Created in 2001 by the Oregon Legislature, the Oregon Cultural Trust is a testimony to how much Oregonians value culture. No other state provides a 100 percent tax credit to inspire cultural giving. As uniquely Oregonian as public beaches and the bottle bill, the Oregon Cultural Trust was established 18 years ago by the Oregon Legislature as an ongoing funding engine for arts and culture across the state. Oregonians fund the Cultural Trust. We, in turn, fund the artists, potters, rappers, acrobats and dreamers who make Oregon, Oregon. In 2017 Oregonians gave $4.9 million to the Cultural Trust, our all-time record. Sixty percent of that went straight back to the field. The remaining 40 percent helped grow our permanent fund. Our three grant programs fund our five Statewide Partners, 45 County and Tribal Coalitions and qualified cultural nonprofits through competitive Cultural Development Grants.