“We are extremely proud that two such passionate and dedicated Legislators have committed their talents to the Cultural Trust,” said Niki Price, chair of the Cultural Trust Board. “We welcome their breadth of experience and expertise and know they will make substantial contributions to our work in protecting and strengthening Oregon culture.” 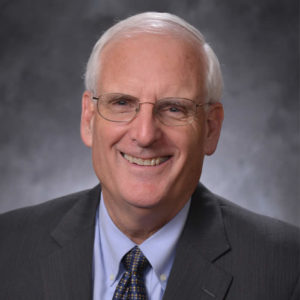 Sen. Hansell is serving in his third term in the state legislature representing District 29, which encompasses parts of seven counties located in Eastern Oregon.  His district is rural and is the third largest in Oregon, the size of the State of Maryland. Previously, Senator Hansell served as a Umatilla County Commissioner, being elected to eight consecutive terms. During his service he was President of the National Association of Counties, President of the Association of Oregon Counties, and served on various boards and committees. In addition to his over 40 years of electoral office, Sen. Hansell has been active in his community and church.  He has been a coach, youth group leader, 4-H and FFA supporter, member of two chambers of commerce, high school booster club member, and Sunday School teacher.  He was selected as Athena Citizen of the Year for his many areas of community service. Sen. Hansell is a graduate of the University of Oregon and earned a Harvard JFK School of Government Certificate.  He was born and raised in Athena where his family has farmed for four generations. He and his wife Margaret have been married 54 years and have raised six grown children and are the proud grandparents to 11 grandchildren.

“It’s an honor to serve on the Cultural Trust Board of Directors,” said Sen. Hansell. “I am excited for the opportunity and the work we will be able to accomplish.” 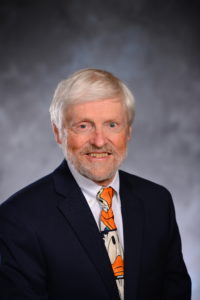 Rep. Lively was born in LaGrande and raised in Wallowa until his family’s move to Springfield in 1963. He served in the US Army Security Agency from 1968 to 1971 and later held management positions in manufacturing, retail and economic development. He served as mayor of Springfield from 1976 to 1986 and was elected to the Legislature in 2012. Rep. Lively’s service in the House includes serving on the Health Care Committee, Transportation and Economic Development Committee, Government Efficiency and Consumer Protection, Veterans and Emergency Preparedness and others. He currently serves as chair of the Economic Development Recovery and Prosperity Committee, on the Committee on Behavioral Health and on the Early Childhood Committee. Rep. Lively’s cultural contributions include securing funding and a long-term model of sustainability for the Springfield Museum (while mayor), serving on the SRDC when the Richard E. Wildish Community Theater was refurbished and reopened and being actively engaged in the development of bike and hiking trails, additional park opportunities, concerts in the park and other forms of cultural opportunities in Springfield. He graduated from Thurston High School, Lane Community College and the University of Oregon, where he earned a bachelor’s in political science. He and his wife Tresa have two grown daughters who also reside in Springfield with their families.

“Cultural arts are an important part of the quality of life in every Oregon community,” said Rep. Lively. “It is an honor to serve on the Cultural Trust Board which supports efforts to sustain and enhance offerings throughout our state.”

Sen. Hansell and Rep. Lively serve at the pleasure of the Senate President and Speaker of the House.

Created in 2001 by the Oregon Legislature, the Oregon Cultural Trust is a testimony to how much Oregonians value culture. No other state provides a 100 percent tax credit to inspire cultural giving. As uniquely Oregonian as public beaches and the bottle bill, the Oregon Cultural Trust was established 21 years ago by the Oregon Legislature as an ongoing funding engine for arts and culture across the state. Oregonians fund the Cultural Trust. We, in turn, fund the artists, potters, rappers, acrobats and dreamers who make Oregon, Oregon. In 2021 Oregonians gave $5.55 million to the Cultural Trust, our all-time record. Sixty percent of that went straight back to the field. The remaining 40 percent helped grow our permanent fund. Our three grant programs fund our five Statewide Partners, 45 County and Tribal Coalitions and qualified cultural nonprofits through competitive Cultural Development Grants.