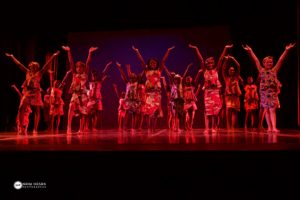 Cultural Trust donors have come through again! While calendar year 2016 giving was slightly down, a rush of spring donations pushed the Cultural Trust’s fiscal year fund-raising results over $4.6 million – the most ever raised. And the best part of that news? Grant awards for FY2018 will also be the highest ever!

Typically 60 percent of the money raised is redistributed via statewide grants this summer, while 40 percent is invested in the permanent fund. Grants will be awarded to five statewide partners, 45 county and tribal cultural coalitions and directly to cultural nonprofits through competitive Cultural Development Grants.