Elizabeth A. Woody is an enrolled member of the Confederated Tribes of Warm Springs, Oregon, of Yakama Nation descent, and is “born for” the Tódích’íinii (Bitter Water clan) of the Navajo Nation. Her paternal grandfather’s clan is Mą‘ii deeshgiizhinii (Coyote Pass – Jemez clan). She received the American Book Award in 1990, and the William Stafford Memorial Award for Poetry and was a finalist for the Oregon Book Awards in 1995. Elizabeth has published three books of poetry. She also writes short fiction, essays, and is a visual artist.

She earned a Master of Public Administration degree through the Mark O. Hatfield School of Government’s Executive Leadership Institute of Portland State University, a Bachelor of Arts in Humanities from The Evergreen State College and studied Creative Writing and Two-Dimensional Arts at the Institute of American Indian Arts.

She has taught at the Institute of American Indian Arts and at Portland State University. Elizabeth is alumna of the first Kellogg Foundation’s Fellowship through AIO’s Ambassadors program. She leads writing workshops, lectures and has served on multi-disciplinary art fellowship jury panels for several foundations and arts organizations nationally. Elizabeth Woody is presently on the Board of Directors of Soapstone: Celebrating Women Writers, and Willamette University Advisory Council for Native Programs located in Salem, Oregon.

“Her poems are like hands and hearts and also like lights: they grip and pulse and illuminate. Like the woman herself, the work is grand and modest and forceful. It will shake you, and move you deeply….”-The Bloomsbury Review

“Woody follows in the tradition of peoples who have understood the power of language, and the place of a poet/singer/storyteller at the center of the world.”- Joy Harjo 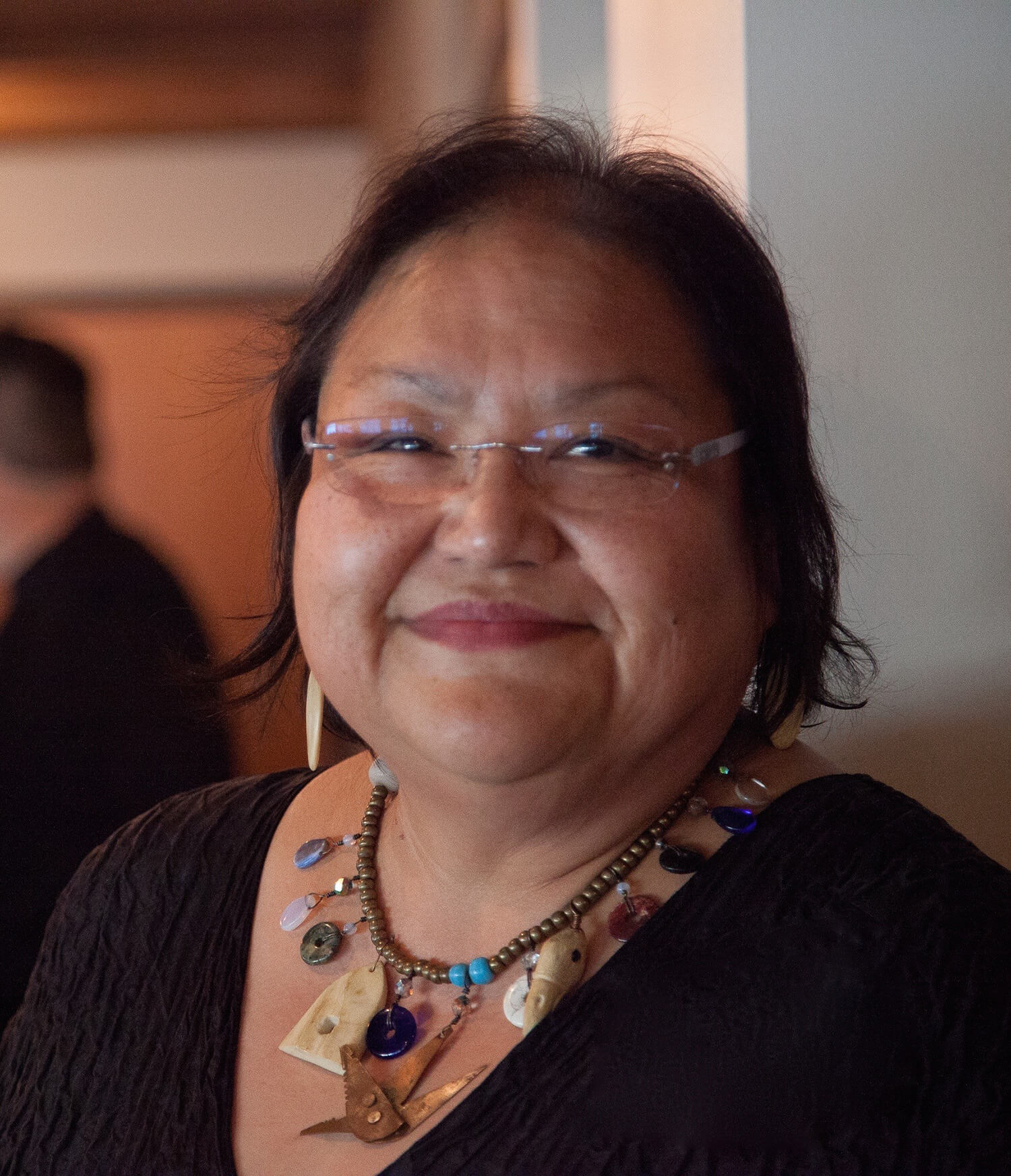